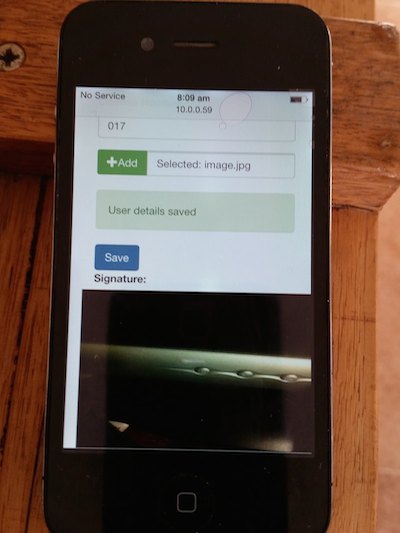 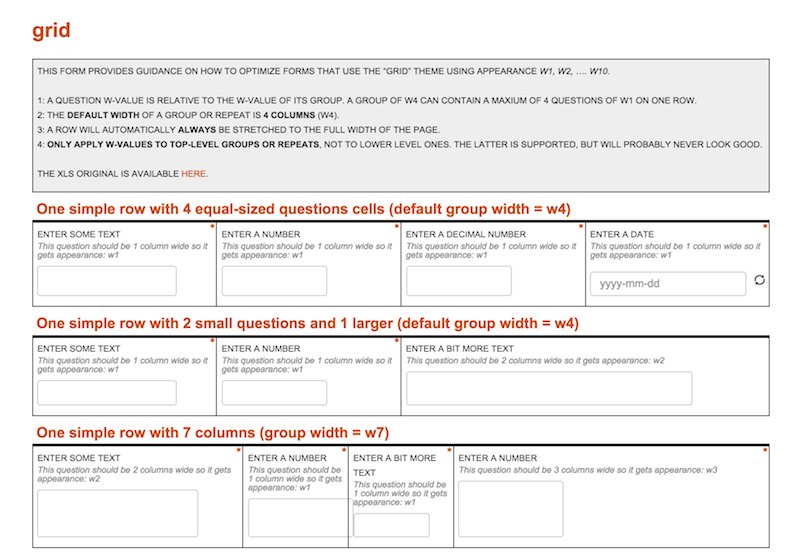 Sometimes your forms need to change quickly.  One such case was suggested by World Vision staff who are working in Syrian refugee camps.  They wanted to record school attendance however new children are arriving daily and hence the attendance roll would be also changing daily.

Putting choices in a CSV file separate from the form can be the answer.   The file name is specified in the “appearance” column.  In the example below the choices will come from the “children.csv” file.  The other parameters to the “search” function are filters so that only children in “class1” are included.

Select Question Getting its Options from a CSV File

Choices in external CSV files have been available for a while, however the January 2014 release of Smap will have the following enhancements:

This demonstration shows information on new school enrolments being collected using a form and then being added to a CSV file.  This file is then used to record attendance in school and is also used by a separate form to record vaccinations given to the children.

The data can be used in multiple forms because it is loaded to the “Organisation” tab in the media page rather than the “Form” tab. If you loaded different files with the same name to “Form” and “Organisation” then the file at the “Form” level will take precedence.

The files for this example can be found here.

This process is shown in the following video

The video showed a back office worker manually copying the daily enrolment data into the children CSV file.  This task could be automated by implementing a custom web page.  Apart from saving some effort for the back office administrators this would also apply updates faster resulting in more current data.

Other Applications of CSV files with Smap

CSV files storing data can be used in other applications, not just for school enrolments and vaccinations.  For example asset management, managing workforce etc. 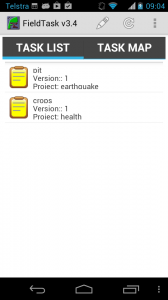 Announcing the release of Smap Evaluation Tools Server version 13.12. The time series analysis functionality in this release has been funded by the Speed Evidence project. This is to assist in the long term response to Typhoon Haiyan.

Hosted servers will be progressively updated over the next week or so.  The download for this release will be available by the 19th of January.

Dashboard panels are now only viewable by the user that created them.  No more sharing!  The concept of sharing all dashboard panels worked reasonably well when a project team was working collaboratively on a project.  But there were still issues, for example when a team member wanted to do some experimentation with graphs.  However there were significant problems during workshops when 30 odd people were creating and deleting panels independently and the system was trying to keep all of the panels in sync.   So I came to the conclusion that no-sharing is better than sharing everything.   If anyone has any ideas on how to introduce some managed sharing back in to the dashboard panels let me know.

You can now specify address fields from the previous survey in follow up tasks.  See picture below:

fieldTask works a little differently.  The menu option “get new forms” now goes direct to the server.  If you want to delete forms or data from the phone you will need to select “delete forms” from the main menu.