This capability has also been added to Zarkman Mobile.  However ZM also has the ability to create these templates on the phone.  So you can collect some initial data in the field. Then mark the results file as a template on the phone.  You can then continue collecting data using the new template.

There should be many applications for this capability.  One example is annotating a photo.  You could have an aerial photograph of an aggricultural field included in the template.  Then when completing the survey the user can mark on that photo the location of a crop or an area susceptible to flooding.

The following example is from the building industry where the plan of a building has been added to a template and the user marks the location of a fault during an inspection.

1. Create a form and load the initial data

You can populate the form by completing it in web forms or on fieldTask.  Alternatively you can load the initial data from a CSV file.  In the form used in this example there were two questions:

2. Create a task and mark it as repeating

A repeating task on the tasks page of the server

To set a task as repeating click on the button with the task name on it.  In the above example this is the button labelled “faults”. 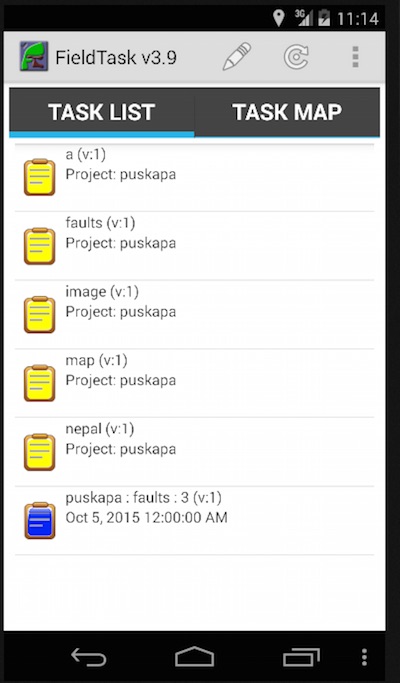 fieldTask main screen showing the template with a blue icon

Templates pre-ploaded with data have a blue icon.  Forms, which don’t have any pre-loaded data, are still shown with yellow icons. Tasks that can only be completed once are shown with white icons.

4. Select the template to complete it 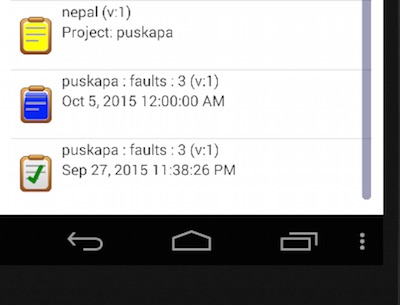 fieldTask main screen showing a completed survey and the template

After completing the template and saving you will see the completed results (the icon with the green tick), however the template with the blue icon will also still be shown and can be selected again. For this example scenario I completed the template multiple times and then viewed the results on the analysis databoard. 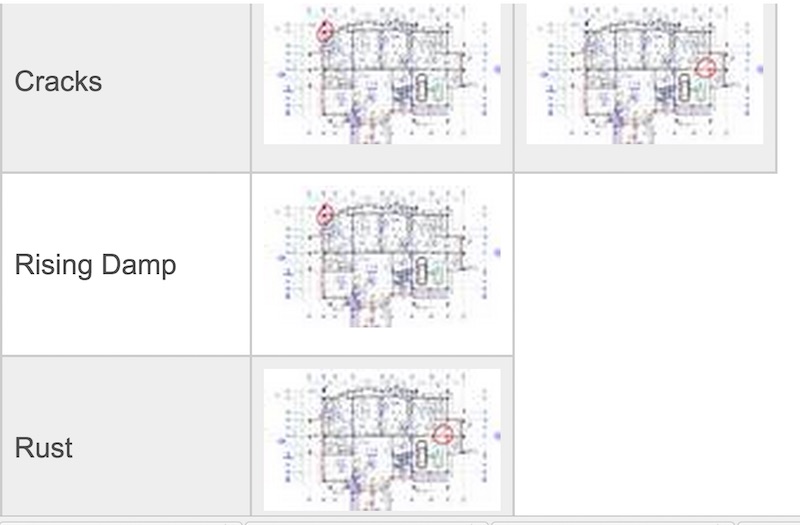 A table view of the inspection results showing the plan grouped by fault type. The user has marked the location of each fault on the plan with a red circle.

Note: The floor plan used in this post is from https://en.wikipedia.org/wiki/File:House_Plans_(Blueprints).pdf and is published under a Creative Commons 3.0 license.