Changes to the layout of the user administration page 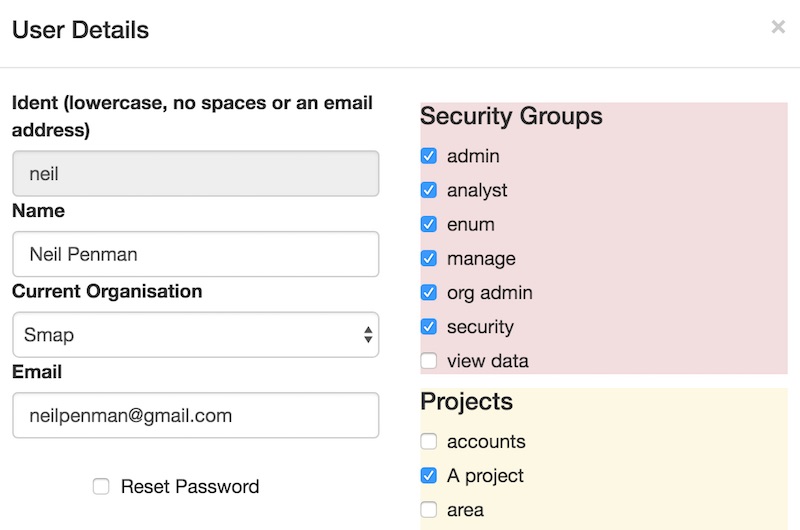 Previously you would select one or more users by clicking on a checkbox next to their name and then click on the “Move to Organisation” or “Delete” button.  A delete button has now also been added next to each user so there is no longer a need to select users prior to taking an action.  The “Add User” button has also been moved above the list of users.

This is work in progress and their will be more changes to the user administration page layout in the next release.

The management of timezones for reports and viewing data has been improved.

The old way of creating reports as snapshots of panels on the dashboard has been removed.

Two reports have been added to the form management page:

As the number of people using Smap increases the size of data tables also increases and it becomes apparent that additional indexes are required.  2 new indexes were added in this release to improve the performance of messaging and submission processing.