Because the March version of Smap ran over time, its been a short month for the development team.  Hence we have only added two functions in this release. These are:

Tasks Refresher and Rationale for the new Features

Tasks can be created from a blank form or from existing survey results.  In the second case, when the assigned user opens the task, it will be pre-populated with those results. Up until now you had to populate the initial data for these tasks by  completing forms using either fieldTask or WebForms.

Secondly using web forms you can assign tasks to people with laptops or iPhones as well as users with the Android app fieldTask.

For this demonstration I created a form that included a text, image, select_one and geopoint question.  I set the “name” question to be read only so it would not be updated during the survey. All of these except for the select_one question are going to be pre-populated from a CSV file.

This form was loaded to the server.

The CSV file looks like the following image.  Column headings should match the name of the question where you want to put the data.  The exception is for geopoint (GPS coordinates) questions.  If you have columns labelled “lat” for latitude and “lon” for longitude then the values from these columns will be loaded into the geopoint question.

The image files in the pic_asset column need to be added to a directory along with the CSV file. This directory should be zipped and then uploaded to the Server.

On the tasks page select “Load Tasks From File”.  Then select the Form to load the data into.  Indicate whether or not you want existing data replaced and select your CSV or ZIP file.  Then press “Save”.

You can then click on “Add Task Group” to assign the asset surveys to users. 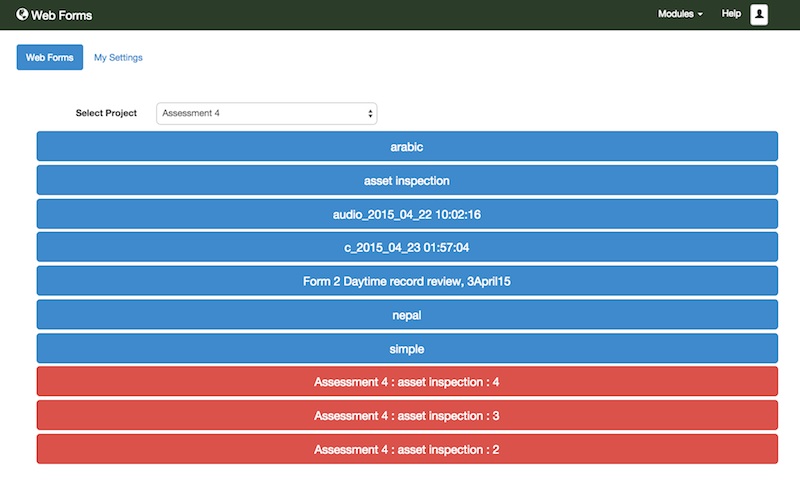 When you click on a task it will show in a web form. 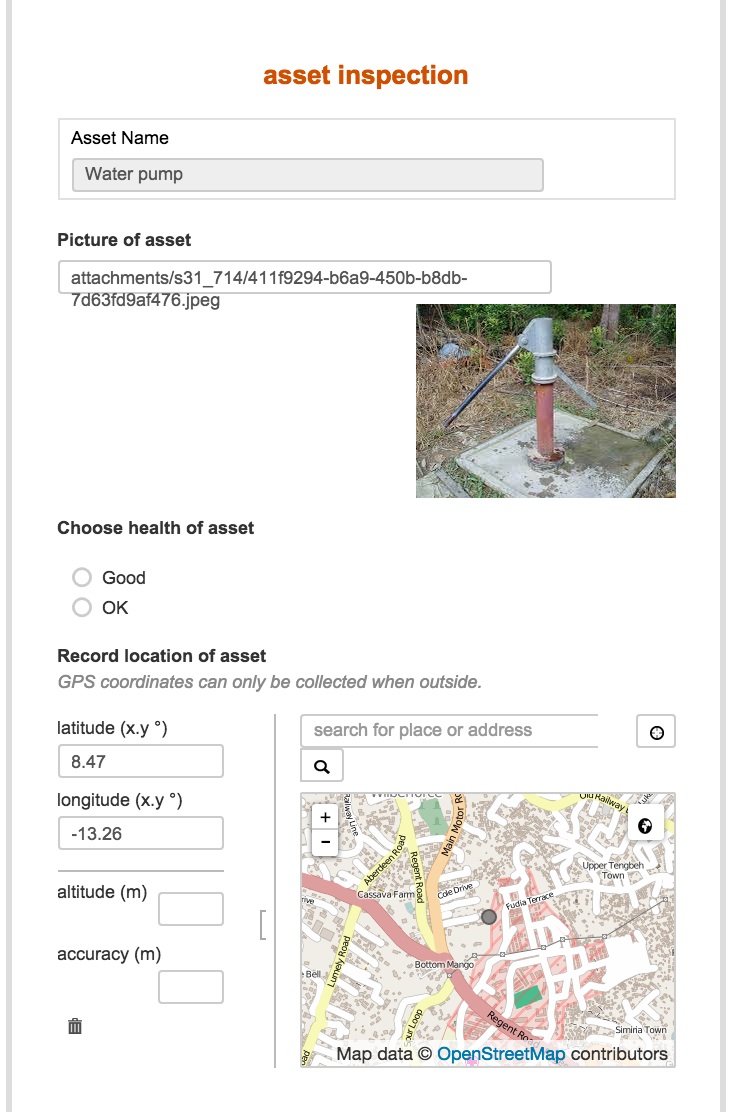 Web form with data pre-populated from a CSV file

After the user presses the submit button the updated information will be available on the server.

Results after one task completed

Note: You can see that the record loaded from CSV file has been replaced by the completed survey results.  In this case the location and picture were not changed.

We only did one bug fix in this release which was a the request of Zarkman.