I’d like to apologies for users of the sg server who experienced a 5 hour outage today. This should not have happened and was the result of deficiencies in my IT processes.

The number of surveys submitted to Smap hosted servers has been increasing over the last 3 years and is now averaging nearly 4,500 per day. 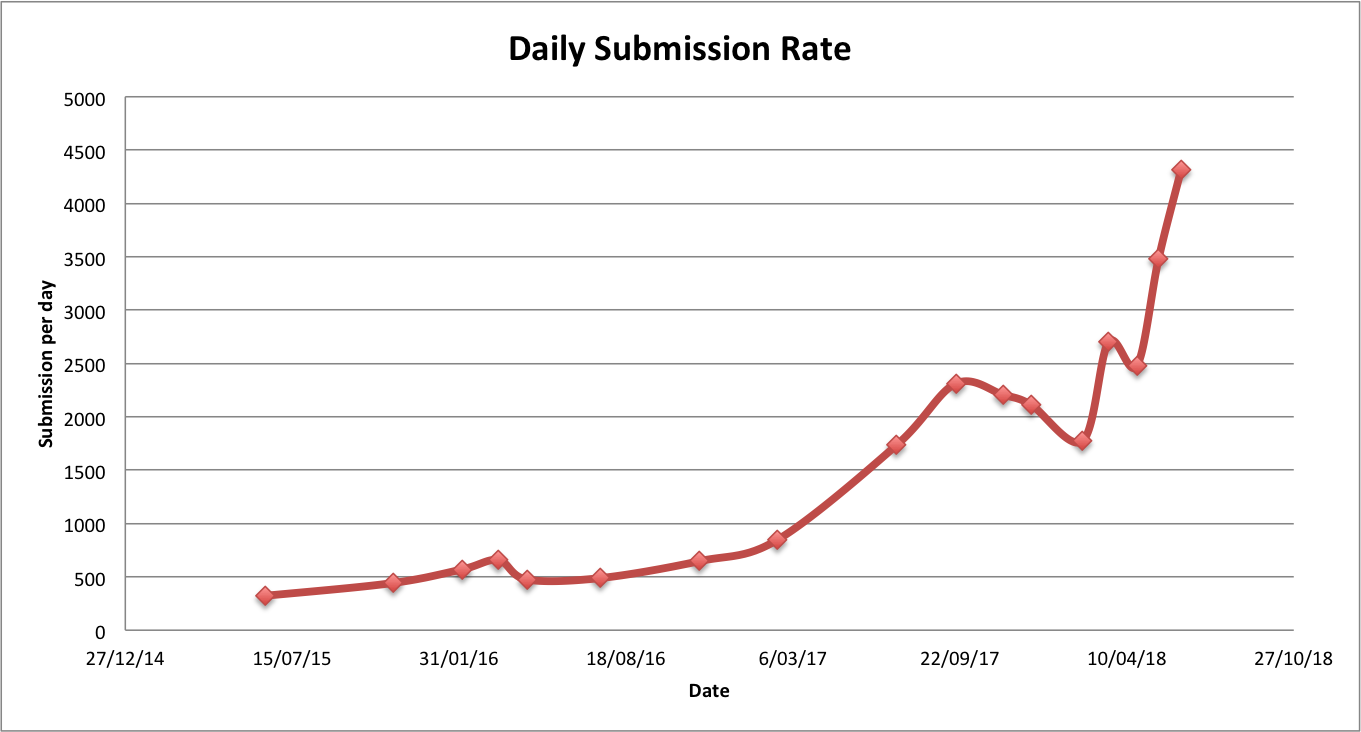 On the free sg server it is around 2,000 per day.  However on the 13th and 14th of June we received 11,897 submissions 80% of which included a high resolution image of a cocoa tree. This caused a big drop in the available disk space.

The IT process went:

So instead of a 30 second outage we got 5 hours.  I will endeavour to ensure that this does not happen again.