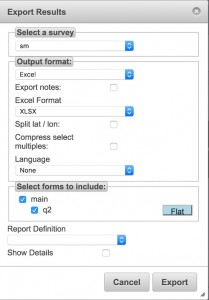 Smap Consulting now has a permanent company address in Canberra.  However one of the objectives of this move is to allow a more flexible physical location.  So although the company will be located in Canberra we may be working out of co-working space in Manila or Nairobi etc depending in the work we are doing and the location of our customers.

The company address is now:

Our current physical location is at Brainspace a co working space in Kingston.